Set Sail in the Seychelles

Embark on a catamaran and explore the postcard islands of Seychelles for 11 days. Enjoy your experience between land and sea on the white-sandy shores. After spending the day exploring local life, put on mask and tuba for an exhilarating exploration.

Set Sail in the Seychelles 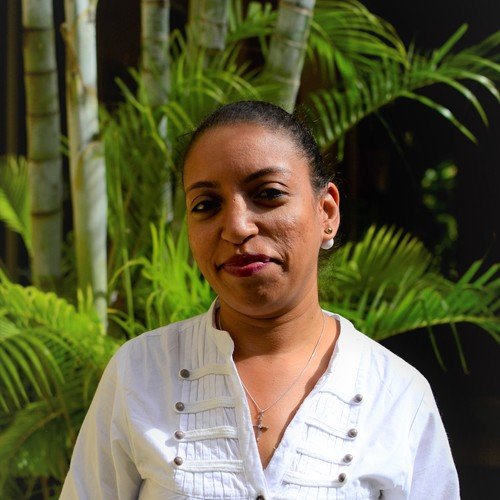 « Set sail in the Seychelles to completely enjoy all kind of activities, and be ready for a local immersion into villages with creole style houses! » -Thierry, Islandian Expert

Set sail in the Seychelles, an archipelago of 115 granite and coralline islands, the last vestiges of Gondwana, the supercontinent. Island hopping aboard a catamaran is the perfect way to explore this natural haven and be a swim away from the beaches that constantly make it to the top of the list of the world’s gorgeous beaches. Sure, you have seen the picture-book Seychelles many times in glossy magazines, but experiencing the equatorial heat, the sea’s warm temperatures and its biodiversity firsthand is unlike anything you can imagine. The feeling of the soft powdery sand between your toes will remain with you long after you have left.

Upon your arrival at the airport of Mahé, you will be greeted then taken to Eden Island where you will embark on the catamaran, Mojito 82’. Mid-morning, you will set sail to Sainte Anne’s marine reserve for a first dip in the jade green warm waters. Slip on your fins, mask, and tuba for a first glimpse of the aquatic life.

Keep your snorkeling paraphernalia at hand as you depart for Coco Island, an uninhabited, granitic islet off the coast of La Digue - a snorkeler's paradise. Coco Island looms above a natural aquarium: schools of fish with exotic names, coral gardens, and century-old turtles. You may choose to snorkel in the limpid waters and see the marine life or stay onboard and soak up the sun. Depending on the weather, the catamaran will either moor in La Digue’s pocket-size port, where wooden pirogues in hues of reds and pinks and greens are anchored, or drop anchor further away.

Disembark at La Digue, a picture-book island fringed with immaculate beaches and gigantic granite formations. The island and its village - echoes of a bygone era - have remained unaffected by a rampant tourism. Instead, La Digue has a laid-back island ambiance with its small pastel-colored huts, ox-driven carts (the local taxi) and copra (dried coconut kernels) exploitations. There are a few paved roads that wind around the island and on which you may ride your bicycle. Depending on the weather conditions, the catamaran will moor at Grande Anse or on the other side of the island.

Set sail for Cousin (its sister island is Cousine), a sanctuary for hundreds of species of rare birds, giant tortoises and endemic plants. The next halt is Praslin, the second-largest island. Praslin -an habitué’s retreat- lures travelers seeking respite. As you leave the palm-laced coasts, you will notice the road winds uphill. The island’s interior is dense, luxuriant. Under the foliage of dark green leaves, you may glimpse a large brown nut: the coco de mer. La Vallée de Mai - a UNESCO World Heritage Site - is packed with coco fesse, native to Praslin. Walk through the forest shaded by coco de mer palms until you reach a viewpoint that looks out over the valley below and straight ahead at a stroke of blue sea on the horizon. Read about the precious coco de mer along the red dirt path. Come nightfall, the catamaran will drop anchor in Sainte Anne bay.

The island hopping continues with a brief stopover on Grande Soeur, a private island and a part of the Sister islands. Ashore a barbecue of freshly caught grilled fish awaits. After lunch in the shade of a coconut tree, take a stroll along the coast lapped by turquoise shallows or explore the island’s interiors. A number of sea activities are available. Grande Soeur’s unspoiled waters make it another dream snorkeling destination. Spend the night onboard in the bay of Curieuse or Anse Petite Cour.

Wake up facing Curieuse, a tiny granitic island once named “Ile Rouge” (Red Island) because of its reddish earth. The island contains an unusual biodiversity and is home to a colony of 500 giant Aldabra tortoises, the rare black parrot and the famed coco de mer. Thousands of birds live within the native Takamaka trees and dense, tropical foliage. Feeling adventurous? You may come upon the ruins of what was once a leprosarium or an old colonial house that belonged to a doctor. Since it has been converted into a small museum; wander inside to learn about the history of Curieuse. The coastline, a strip of blond sand, is where sea turtles lay their eggs. Slip on your fins and mask to see a school of humphead parrotfish, which can measure up to 1,20m long! Curieuse is a Marine National Park, the country’s endeavor to preserve its gorgeous savage nature. After a filling lunch, head over to Saint Pierre: gigantic pink speckled granite rocks rise above the tropical waters. The palm-studded islet promises a restful nap; beneath the sea is a landscape of an almost other-worldly beauty. Be sure to bring an underwater camera! Night onboard at Anse Volbert or Anse Lazio on Praslin island.

You may choose to spend your last day at sea swimming, snorkeling, practicing a watersport or simply perfecting your tan. Barbecue, wholesome salads, freshly-caught fish and seasonal tropical fruit will be served onboard before you set sail once again toward Mahé, “mainland” Seychelles, the country’s largest and most populated island (90% of the population lives on Mahé). Night onboard in the port of Eden Island.

After a colourful cruise on the turquoise waters of the Seychelles archipelago, it's time to get back to the island. You will reach Mahe early in the morning where a vehicle will wait for you and bring you to your hotel: La Demeure de Cap Maçon . You will stay there for the remaining three nights of your vacation. Use your free time to discover the surrounding and be mesmerized by its unrivalled beauty.

Take a day trip to Victoria, one of the world’s smallest capital cities, where a third of the Seychellois live. The capital is more like a provincial town - its streets lined with historical colonial buildings. Inhale the piquant flavours of the local fare from the market (we suggest you try a coconut curry dish) and notice the multicolored stalls piled high with luscious fruit and vegetables (after all you have been seeing quite a bit of blue lately). The tiny capital houses a cathedral, a temple and a mosque, a natural history museum, botanical gardens and its famous lorloz - a clock tower modeled after London’s Little Ben.

You have a full day to explore Mahé’s multiplicity: deserted beaches, villages of colored Creole-style houses and manicured flowered gardens, a pocket-size capital, hiking trails and endemic plants, creeks and fresh fish, the “Bourgeois.” In essence, a slow-paced island ambiance. Rent a car and take a drive along the coastal road and pause at one of the many “Anse” - a palm-framed beach with granite rocks tinged with pink that rise above the limpid waters. We suggest Grande Anse, Anse Intendance, and Anse Soleil, a small cove off the tourist map. Stop by the Takamaka rum distillery to learn about the rum making process, sip the local sugar-cane-based beverage and maybe take back a bottle or two of the locally made rum.

This day will round off your trip to Seychelles. Take the time to relax on the beach while enjoying the unique view of the granite boulders with extraordinary views on the crystal-clear water. If you feel that you didn’t have enough of this out of the world experience, go for a big-game fishing day with a professional. Once you are back to the hotel, you will be driven to the airport to board your flight to Paris Charles de Gaulle.

The Seychelles is made up of an archipelago of 115 granite and coralline islands, the last vestiges of Gondwana, the [...]

Live by the sea for eight memorable days, flirting with the coastline as you discover the talc-white beaches that surround [...]

« Ôté la Réunion »! Embark on an experience like you never have before! Welcome to Reunion Island, the [...]

An escape to Zilwa Attitude along with your family will expose you to wonders that will leave you in awe. [...]