Live like an islander for 1l days and enjoy the slow pace of island life in this combined experience Mauritius-Seychelles. Take the bus to explore the islands, discover their rich culture, meet the locals and relish the creole specialties. 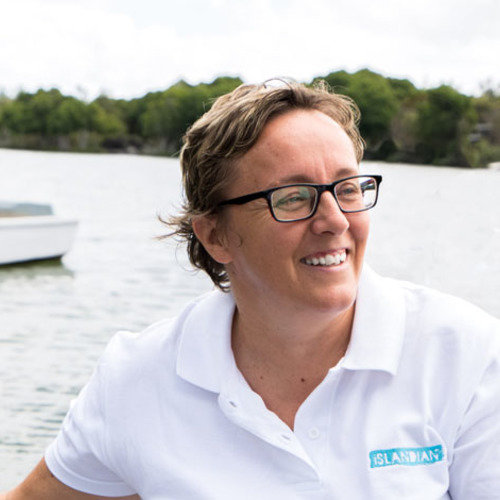 « The wild south region offers an exciting array of beach and nature activities. I am in love with this part of the island! » - Natacha, Expert Islandian

What do the Seychelles and Mauritius have in common? Island living. This voyages takes you to the heart of islands, where the sandy-shored coastline, warm jade green waters and happy islanders coexist. The two hotels we have chosen epitomize luxury. Their privileged locations mean guests can easily meander through local villages, take the bus to another beach and explore the Indian Ocean’s rich diversity and culture. What is most striking about islands is undoubtedly the colors - from blazing red sunsets, to silk fuchsia saris and ochre spices, from the verdant green foliage to the turquoise lagoons, all of this color will stay with you long after you have left the dreamy shores.

- Transfer from Mahe airport to Kempinski Hotel by private car

- Transfer from Kempinski Hotel to Mahe airport by private car

- Visit to the garden of Pamplemousses

- Meals and drinks not mentioned as included

- Excursions and activities not mentioned as included

Upon your arrival at the airport, you will be greeted then taken to the Kempinski Seychelles Resort Baie Lazare, a fabulous five-star haven that lies in the tranquil Southern region of Mahé, in the foothills of a verdant mountain range, on an 800m-long pristine beach, affording a sense of privileged seclusion. To cure your jetlag take a dip in the warm jade green waters that make up the immense lagoon. If you are feeling up to it, you may try Anse Gouvernement or Anse Gaulette, two nearby coves fringed with palms and large granite rock formations. The contemporary rooms and suites are beautifully furnished and equipped with every amenity you could possibly want. Some are set in the hills overlooking the sea, while others give onto lush tropical gardens. At dinnertime, opt for Café Lazare, a casual dining venue that serves lavish themed buffets. After dinner head over to the Planters Bar and Lounge where you may order a cocktail and sway to the rhythm of the live music band.

The day begins with a sumptuous breakfast before heading to the jetty to embark upon a catamaran for the Sainte Anne’s marine reserve, a natural aquarium created in 1973, long before reef-conservation projects were initiated around the globe. The park, a snorkeler’s paradise, faces Victoria, the capital, and surrounds several islets - Sainte-Anne, Cerf, Longue, Moyenne and Ronde. Slip on your fins, mask, and tuba for a first glimpse of the undersea: schools of fish with exotic names, coral gardens, sea urchins and turtles. Ashore a Creole-style barbecue awaits. After lunch, take a stroll along the coast lapped by turquoise shallows. The boat will take you back to shore to mainland Mahé, where you will be taken to your hotel. The hotel boast several restaurants with distinct identities, from L’Indochine that serves fresh seafood cooked up Asian style, to the Windsong Bar, where you may order their most popular dish -the Hot Stone Steak, seared on a lava stone. Night at the Kempinski Seychelles Resort Baie Lazare.

Take a day trip to Victoria, one of the world’s smallest capital cities, where a third of the Seychellois live. The capital is more like a provincial town - its streets lined with historical colonial buildings. Inhale the piquant flavours of the local fare from the market and notice the multicolored stalls piled high with luscious fruit and vegetables. The tiny capital houses a cathedral, a temple and a mosque, a natural history museum, botanical gardens and its famous lorloz - a clock tower modeled after London’s Little Ben.

Transfer to the jetty where you will embark upon a catamaran for La Digue, a picture-book island fringed with immaculate beaches and gigantic granite formations. The island and its village - echoes of a bygone era - have remained unaffected by a rampant tourism. Instead, La Digue has a laid-back island ambiance with its small pastel-colored huts, ox-driven carts (the local taxi) and deserted beaches. The island boast several restaurants that serve delicious local Creole fare along with tropical fruit pressed juice. There was a time when the main industry on La Digue was coconut farming, which took place on L’Union Estate, a plantation. These days L’Union Estate harbours the Old Plantation House, a boatyard, a colonial-era graveyard, and a pen of giant tortoises. You will need to cross the estate to reach Anse Source d’Argent, one of the most gorgeous beaches. Catamaran back to Mahé.

The hotel offers an exciting array of beach and nature activities including morning trail jogs, water-sports, yoga on the hill and nature walks. The little ones can learn basic Creole at the lovely kids club, while grown-ups learn how to make fabulous cocktails using local rum. The wild south region is studded with tranquil coves - Anse Royale, Anse Marie-Louise, Anse Takamaka and Anse Soleil.

Breakfast at Café Lazare before heading to the airport of Mahé to catch a flight to Mauritius. Arrival at SSR International Airport, private transfer to LUX* Le Morne, the hotel of choice for trendsetters, Just-Married couples and families. The luxurious hotel is set on the most spectacular croissant-shaped beach on the West coast, where sunset hour is sacred, an hour when the sky is streaked with pink and gold. The majestic rugged Le Morne mountain stands over the bungalows that make up the lovely hotel rooms and Hockney-blue swimming pools. Nearby, the legendary One-Eye surf spot, with its steep waves, is a spectacular sight. The real luxury here is peace and quiet. The beach seems to go on forever, and the great expanse of calm warm sea is perfect for a dip or stand-up paddle boarding. The cuisine will appeal to foodies but also to vegetarians and health nuts. The sprawling menus comprise Mauritian specialties with a twist, decadent desserts, spicy Thai cuisine, and every other possible food craze.

After a hearty breakfast, head to Chamouny, at the heart of the unspoilt southern region. At La Vallée des Couleurs, you will be welcomed by a dynamic, warm and caring team before venturing out on the zipline course. Fly over the valley along the 1.5 km of the longest zipline of the island and the third longest in the world; A rather original way to admire the panoramic view of the South, the verdant nature and waterfalls. Adrenaline freaks will also be tempted by the Extreme Full Set course, which consists of seven different ziplines, two of which end at the edge of a waterfall. Take a dip into one of them before savoring Mauritian, Indian or Italian specialities at La Citronelle restaurant.

After breakfast, drive or take a hotel taxi to Port Louis, the capital that lies by the harbor. You may walk along the pier and peruse the boutiques at the Caudan Waterfront or take the underpass into the city centre. The historical market offers plenty of local craftsmanship, street food and even a section of Chinese-Mauritian specialties. You may wander the alleys and backstreets that conceal the ethnic foods eaten by all communities. In the afternoon, drive to the Pamplemousses Botanical Gardens, filled with endemic plants and ponds with giant lily pads.

After an early morning breakfast, head to the jetty of Anglers Club to embark on the catamaran, Harris Wilson II, for a full day cruise. Schedule of the day: Fun and sun ! With a bit of luck, you may even see dolphins. Lunch and drinks will be served on board. Return to the jetty by 4 p.m and transfer back to the hotel.

Breakfast at LUX* Le Morne is the perfect fantasy of what a hotel breakfast should be: tropical fruit, house-made granola, a variety of milks, crêpes, pastries and live cooking stations. Spend the day wandering around the south region, a mélange of cultures, ancestral rites, accents, faiths, food and people. It is your chance to immerse yourself in a rich, vibrant culture. The West coast has some of the region’s best surf spots - try Tamarin Bay, a crescent beach with plenty to do and see. If you are feeling adventurous, ask the Concierge about hiking Le Morne, the craggy majestic mountain that bears witness to the Maroons, a historical site. The view from the top is certainly worth the climb.

Soon before dusk, pop by the spa to discover the LUX* Me concept of bespoke wellbeing

After breakfast, you have a few hours before your drive back to the airport. You may want to relax on the chaises-longues or take a dip in the warm limpid waters. The LUX* brand’s offering is really just a string of magical moments that make your stay unforgettable. Reluctantly pack your suitcases before heading to SSR International Airport to catch your flight.

Looking for a remote hideaway destination for a heart-pounding holiday? This tailor-made experience to Mauritius and Rodrigues island combines the [...]